And we are back!

Landed. Bags collected and on the bus home. ETA at Tollesby Road is 11:30am 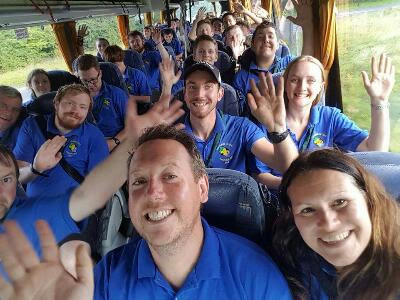 Well 2 year's and 4 weeks down we are currently sat in the airport awaiting our flight home.

It has been one hell of a trip and everyone is looking forward to sharing stories with their friends and families when we get home.

Parents - we will be sending a message to all the primary contacts when we land at Newcastle to let you know a more accurate ETA. 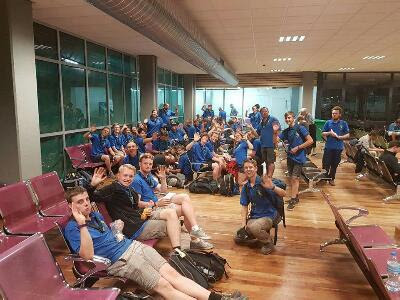 Paradise lost (not an epic)

The fields of fecundity
roll readily forward,
Crashing waves of motherly love,
But nursing her young.
They sprout and stretch their weary limbs, Towards the suckled sun
Tenderly tended
Growing
Though different in kind
Some sweet ,Some stodgy ,Some light ,Some dark ,
Harmonious harmony
And the freshest of air .
(And the bestest of coffee)
Is this a paradise ?
Veiwed from the window of a lovely (flushable ) toilet .

What is this  ?
A missing banana
A rouge broccoli
What scurrilous crimes
Commited by the soulful beast
I delight to imagine an elephant with the munchies
Indefatigably trying for a sweet treat
Unaware of the trampled destruction  left in his Wake.

The welltering wind dances at the.highest point of a distant hill
Far away
Karatu
Africa.
Hides a paradise
All the more wondering after a slight  trampeling  by a mischievous elephant

By Holly Westgarth- Graham aka the next John Milton .

As we arrive at the last stretch of our Tanzania Expedition/Safari adventure. Group 3 went to Lake Manyara on a walking safari which other than a blood trail leading to an unfortunate Water Buffalo that had an incident with a lion was 'Fine' by our consensus. The team then continued their trek to find the remains of its skull which was picked clean by a pack of hyenas leaving nothing behind except the broken skull

Group Six Went to Tarangire seeing a multitude of animals including Elephants, Monkeys, Impala, Lions (or warthogs at a distance ) , A leopard (some of them did but not all), warthogs (no doubt this time ) and lots of wildebeests coupled with Zebra .

Group 4's walking Safari stood for 20 mins as elephants blocked their path. It probably didn't help that monkeys were feeding the baby

Group 1's journey led to a robbery happening whist they were in the car. A monkey had climbed in through an open window and stole Lauren's packet of crisps. As it fled the scene with its reward Lauren got out the car and screamed "THERE'S A MONKEY IN THE CAR!"

Jonathan, Jacob B and David

Too close to the wild-side!

A walking safari, sounds terrifying on paper but really fun in practice. Nothing says Africa like walking through a savannah while giraffe give you funny looks, elephants block your way and hippos try to eat you. Thats right, all of group 6 almost got eaten by hippos so all you parents can sleep sound not knowing if we are a few children short! What made the whole thing funnier was the fact that the park ranger with the group told them not to run away from the animals and when he saw the hippos he ran and said that the group was in, and i quote, "big shit".

In other news group 2 got to watch 3 huge lions walk about 1 inch away from their car and another group got to share a cafe with an elephant. So all in all it has been a very interesting first day and i personally hope that the days continue like this.

Today we moved into the new campsite, following a celebration put on by the church to say thanks. We held our final flag break, and said a heartfelt goodbye to Mr Enessimo and Peter (our builder and labourer respectively) who were instrumental in the construction of the school.

We arrived this afternoon at Flamingo lodge with things being very different to the old campsite. Firstly our new long drops are bizarre, they have a handle, not to mention a small shower head attached to the side, which Kev had great fun firing into the sink (we haven't the foggiest what it is actually for). We now have showers, and to top it all off beds, even if the two of us only have one king sized bed between us(that should be fun). The pool is much nicer than the previous one, with Kev thinking the wet pit was a little too warm for his taste, so the cooler pool comes as a welcome relief. The dust will certainly not be missed , and we all look forward to relaxing and seeing animals starting tomorrow.

P.S. We are having trouble uploading photos onto the blog at the momeny, but will add them as soon as we can :)

Todays football commentary is brought to to you by Ellis Woodgate and Adam Cowperthwaite. Its going to be an interesting one.

The team today is called Mzungu FC: a group of young explorers slapped together in a middle of a field about five minutes before the match. They will face an actual team that can play football properly on the driest, dustiest, bumpiest ground ever.

The whistle blows mzungu fc kick off starting the match. mzungu fc immediately loose the ball and tanzo fc take posession, passing the ball around mocking the mzungus. "Its like there's only one team on the pitch Adam " "Your absolutely right Ellis" Mzungu fc look like they have no chance here  they have had a few chances from Adam but tanzania fc seem to be dominating.

This looks like a strong attack for tanzania here after a good interception. Number 7 passes to 5 who puts in a low cross and number 13 beats the defenders to tap it into the back of the net. The scoring is opened.

As it kicks off again mzungu fc lose the ball. They look like they wont be getting back into this any time soon. James is rolling around in the dirt sick of being on the losing team and is trying to change his ethnicity. Well thats what i think is happening. "Dont you think Ellis" "I'm not really sure Adam" Looks like we're playing  well here, oh spoke too soon as mzungu fc lose it and tanzania counter attack as the ball comes in past josh in goal. Our only saviour is Alistair who needs to clear the ball off the line, and slices it into the back of the net. You could say that was as slippery as "eales".
2-0 down, we need some inspiration and its not coming from Phil as he is trying to take out their back line. However just before half time Adam puts them back in the game with a blistering goal and a well placed shot to beat the keeper.

Half time
The manager, Fionda gives an interesting speech wouldn't you say Adam to boost his teams moral, and to finish it off an all hands in, shouting mazungu.

They now go in to the second half with hope but are immediately shut down with three goals from tanzania fc. The game well over and nothing to play for but it doesn't stop a surging run from chris the man the myth the legend the beast mallen who doesn't do one but two defenders with his silky skills before perfectly crossing the ball leaving Smailes with nothing else to do but tap it in straight past the keeper. 5-2 now and the game is now over as the final whistle blows. Fancy a Parmo in a bun Ellis. I would Adam but we're in Tanzania so the best we can have is a bit of chewy beef and spaghetti.

I'd like to thank all the traveling fans for making the long journey tonight. Its a goodnight from me Adam and at least boro won so i don't care, Ellis. 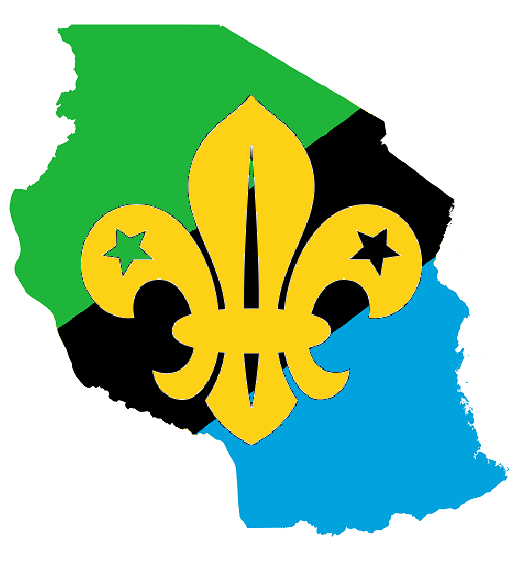 Tanzania 2017 is a Scout Association project in the small town of Mto Wa Mbu in Arusha District. While there we are going to be building a Classroom block to provide Primary Education at St Jude's Catholic Nursery School.
Donations to the project can be made at our BT MyDonate Page